The History Of The Lower Shore Progressive Caucus 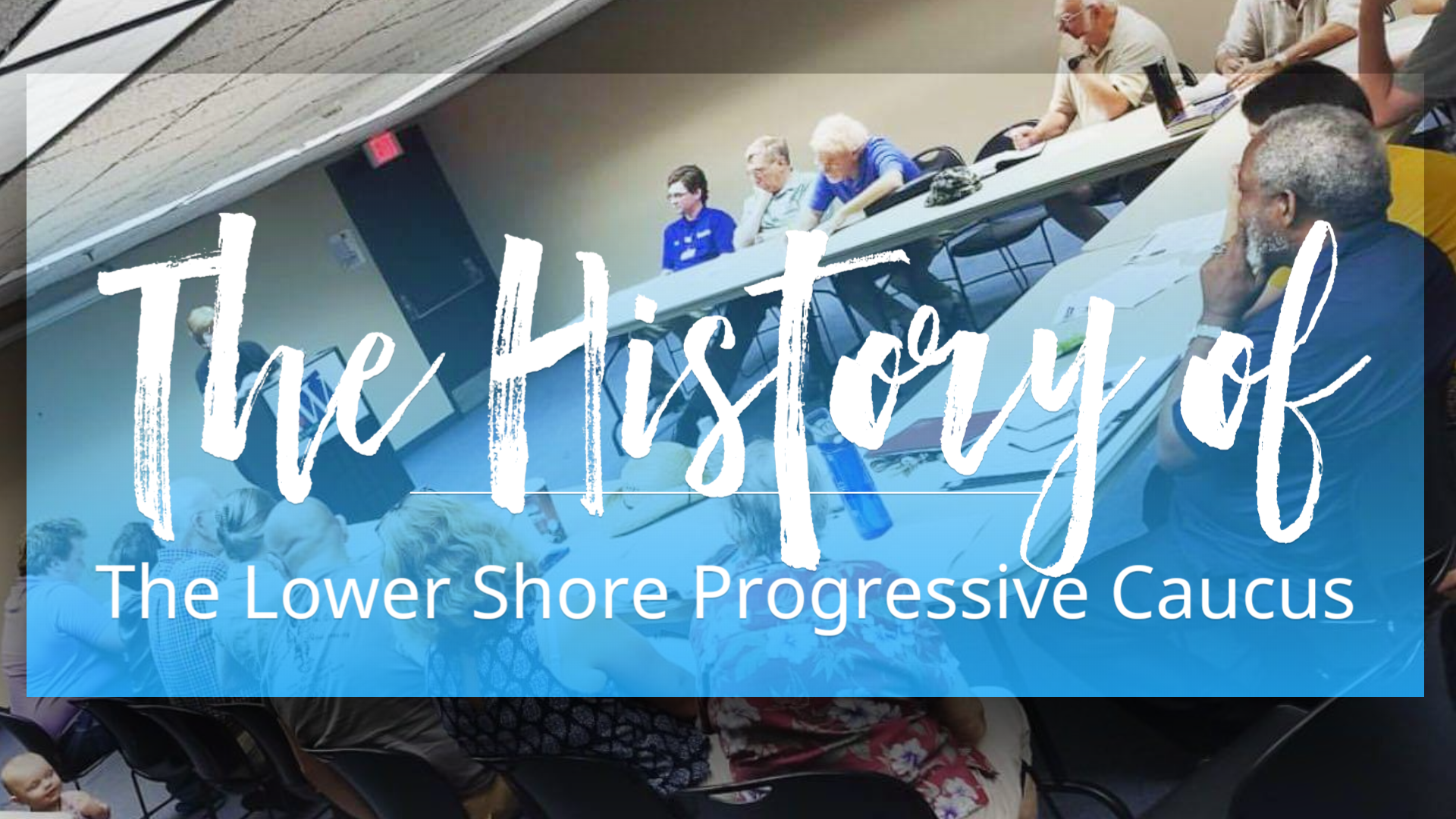 On February 3, 2017, just a few weeks after Donald Trump was elected,  Ryan Poe, Michael Feldman, Mark Chimel, and Jared Schablein met for the first time at a Wicomico County Democratic Club Meeting.  During the 2016 presidential election, all four were strong Bernie Sanders supporters and wanted to build an organization to continue the political revolution by building and growing the Progressive Movement on the Lower Eastern Shore.  The four went on to found the Wicomico Progressive Caucus to build a movement of working people and eventually the organization expanded to cover the entire Lower Eastern Shore and adopted the name the Lower Shore Progressive Caucus.

Since that time the Lower Shore Progressive Caucus has grown into one of the largest political organizations on the Eastern Shore with both statewide and national recognition.  Today the Lower Shore Progressive Caucus covers Dorchester, Somerset, Wicomico, and Worcester counties and is unaffiliated with any political party. Our organization is committed to empowering working people and accomplish that goal by building a Progressive Movement both locally and on a larger scale to elect progressive representatives, enact progressive legislation, and create a government that represents the many not just the powerful few by working to solve the economic, political, social, racial, and environmental injustices we face.

You can join us using

Created with NationBuilder – Theme by Tectonica